Recently, The Baltimore Sun posted an article, which read, “A group of state lawmakers endorsed repealing the Maryland Law Enforcement Officers’ Bill of Rights, a tentative first step toward jettisoning a law that many believe protects police officers from being held accountable for bad acts.”

Tantamount to righting a wrong, in 1974, Maryland was the first state to pass such a law—a blueprint for America on protecting corrupt and racist cops, endowing them with “rights” that ordinary citizens do not have. 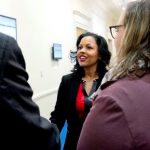 The recommendation could form the foundation for legislation for the General Assembly to address when lawmakers return in January.  Delegate Atterbeary commented, “I’m sure we will consider a wide breadth of policing issues when we return for the 2021 legislative session.

The nationwide demand for policing reform and accountability did not start with the killings of Breonna Taylor and George Floyd, but the outcry was definitely re-ignited by these tragic incidents, and I’m honored to play a leadership role in this effort.

Personal motivations aside, valued relationships with my House of Delegate colleagues; my community constituents; my KRA co-workers, and the customers we serve, fuel my passion for working toward our recommendation becoming a reality in the repeal of this travesty of justice.”

Miss some Latest News articles? Check out the KRA Blog!