Lights! Camera!! Action!!! Not the type of instructions commonly used at one of KRA’s American Job Center (AJC) operations across the country. However, those were the type of words heard in October at the Chicago Westside AJC (WAJC), operated for the Chicago Cook Workforce Partnership. 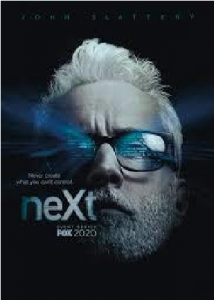 Here is the backstory: The pilot for a new sci-fi TV show, neXt, was filmed in Vancouver, even though the show is “set” in Portland. When FOX purchased the series, the broadcasting giant decided to shoot some scenes in the Chicagoland area because of substantive economic incentives.

Adam Boor, Location Manager, stated that a hospital in East Garfield Park had been established as a filming location; therefore, staying in Chicago to fill the need for another site was convenient. After reviewing options for a West Side location, Boor and his team chose the WAJC, which the film crew transformed—on Halloween—to simulate a law firm in Portland for a scene in the first post-pilot episode.

Boor shared that the WAJC was appealing because of its “community feel and vibe”, and that it was not “stiff.” He added, “We had a great experience with the folks at the Westside American Job Center [and] appreciated their flexibility. Everything went smoothly.”  As of this writing, neXt will premiere in early February, with commercials running during Super Bowl LIV (54), broadcast by FOX on February 2 to entice viewers to tune-in to the new show.

Spoiler Alert! “Marrying pulse-pounding action with a layered examination of how technology is invading our lives and transforming us in ways we don’t yet understand, neXt presents us with a villain unlike anything we’ve ever seen – one whose greatest weapon against us is ourselves.”